Click any painting below to enlarge and learn more 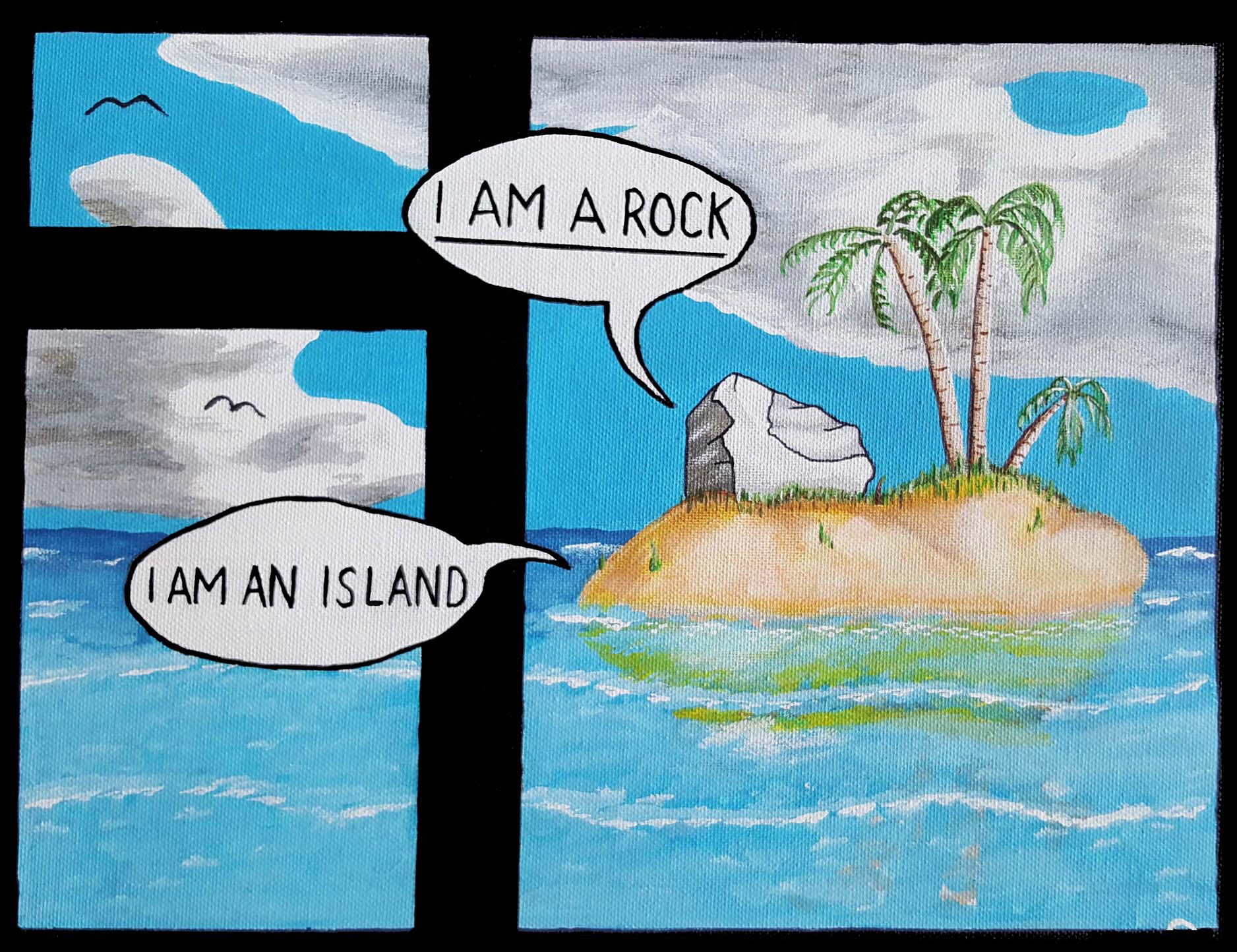 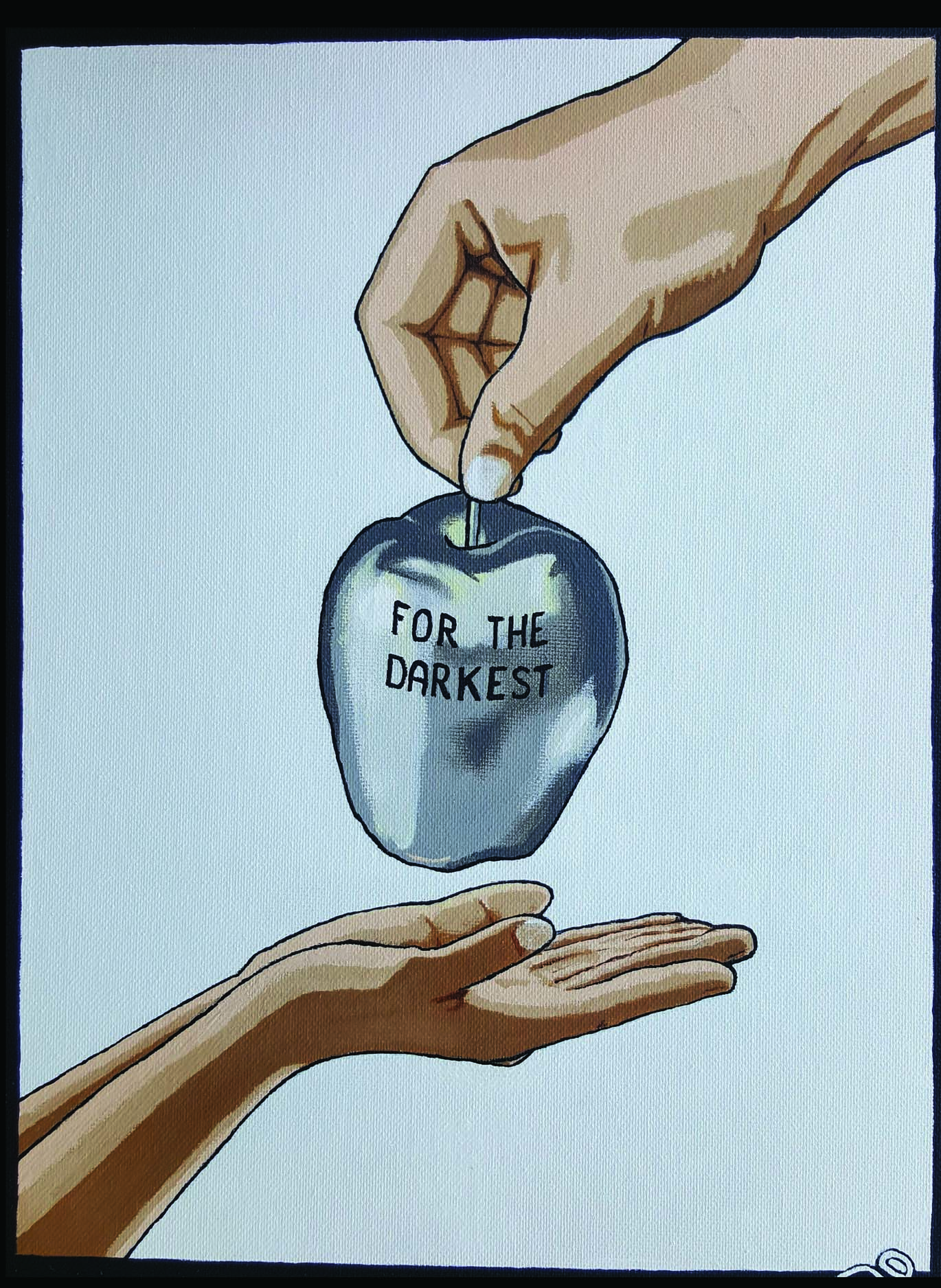 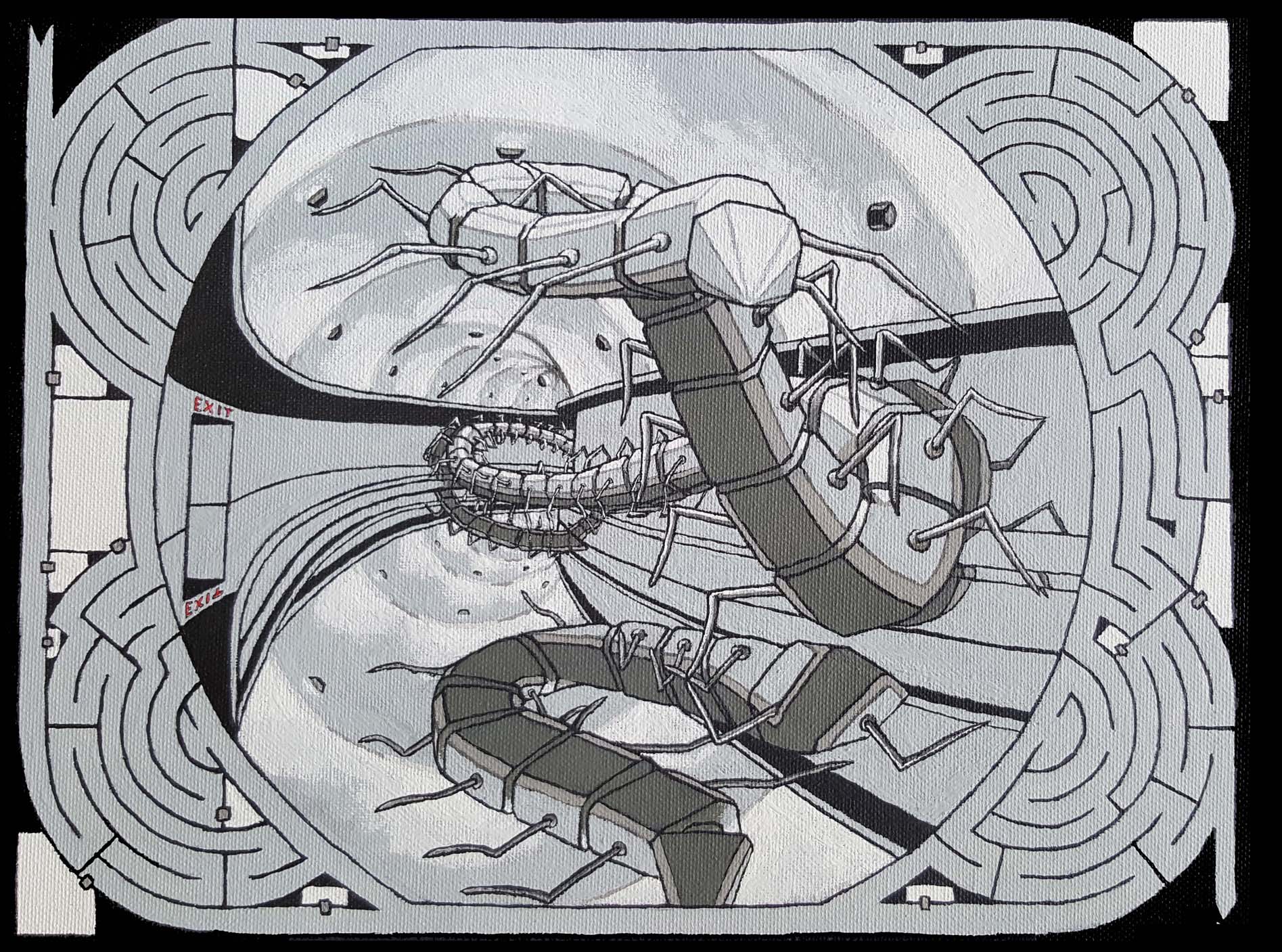 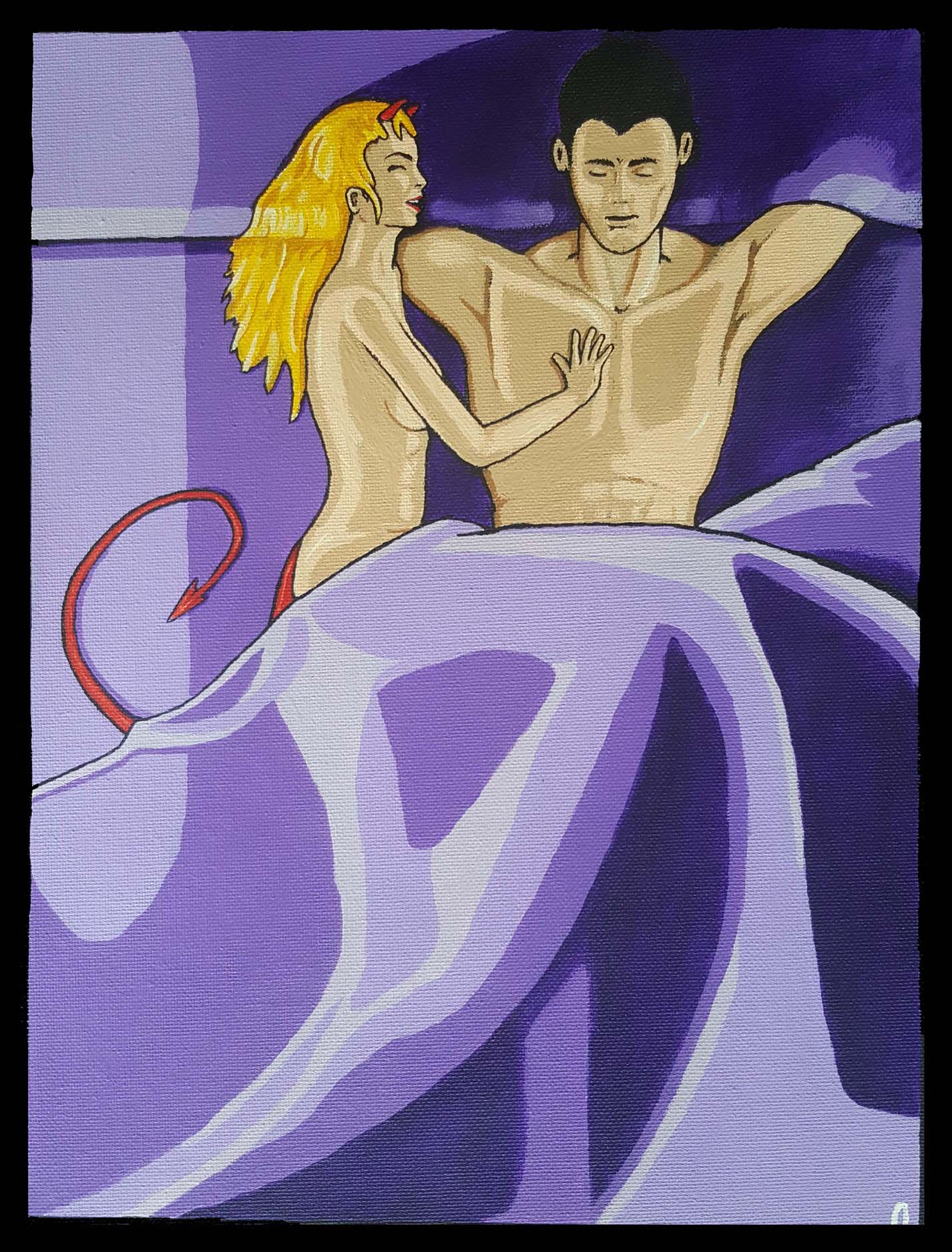 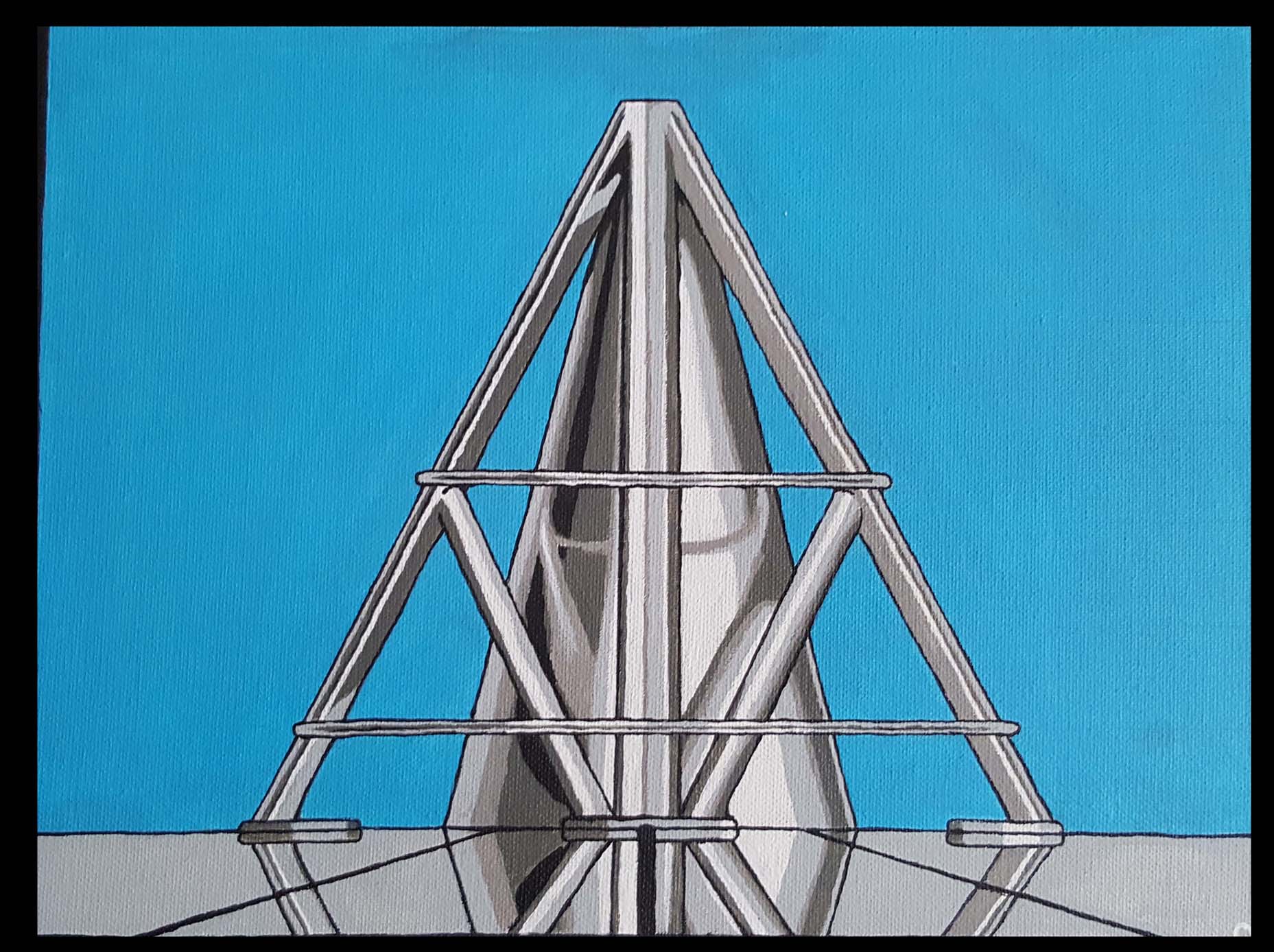 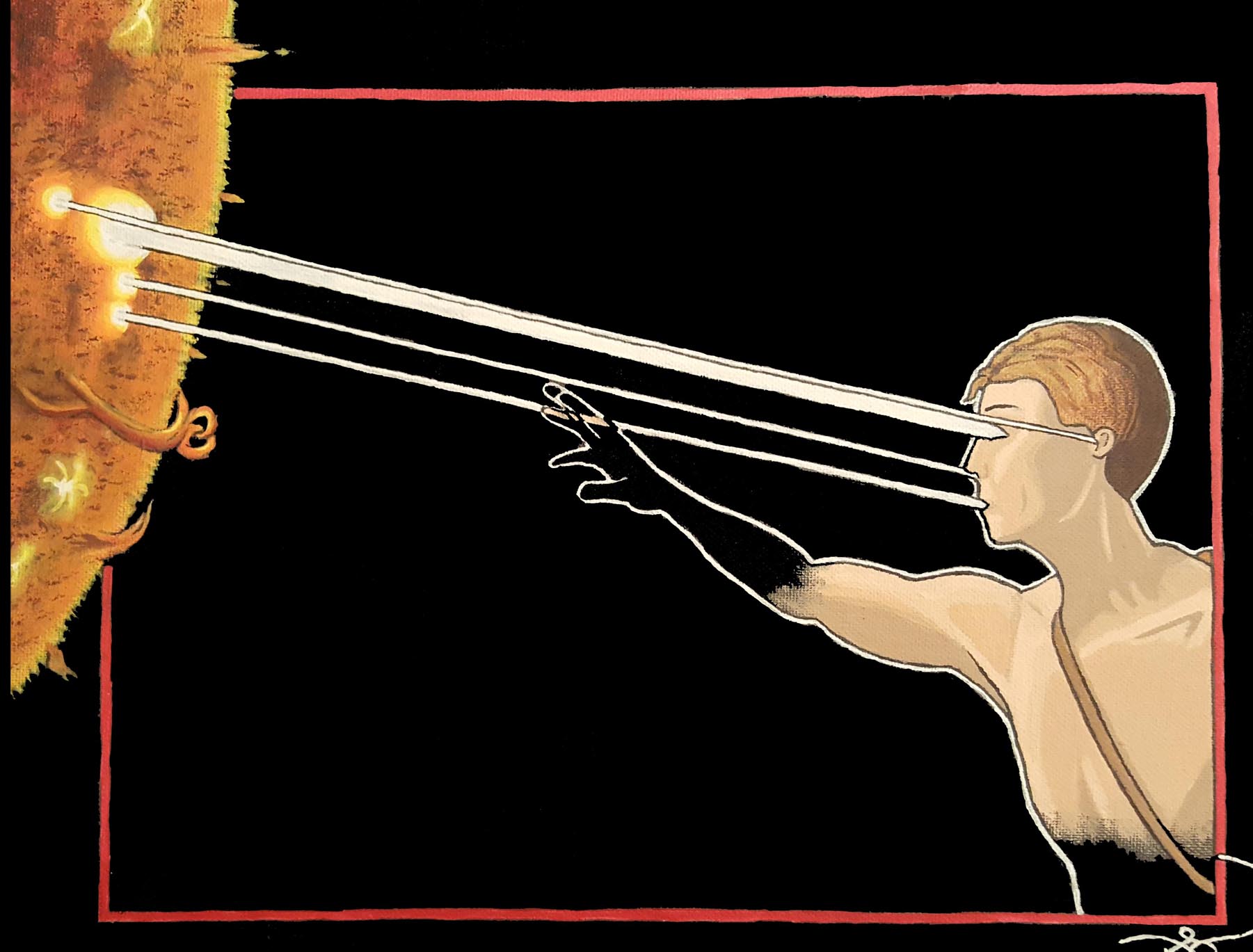 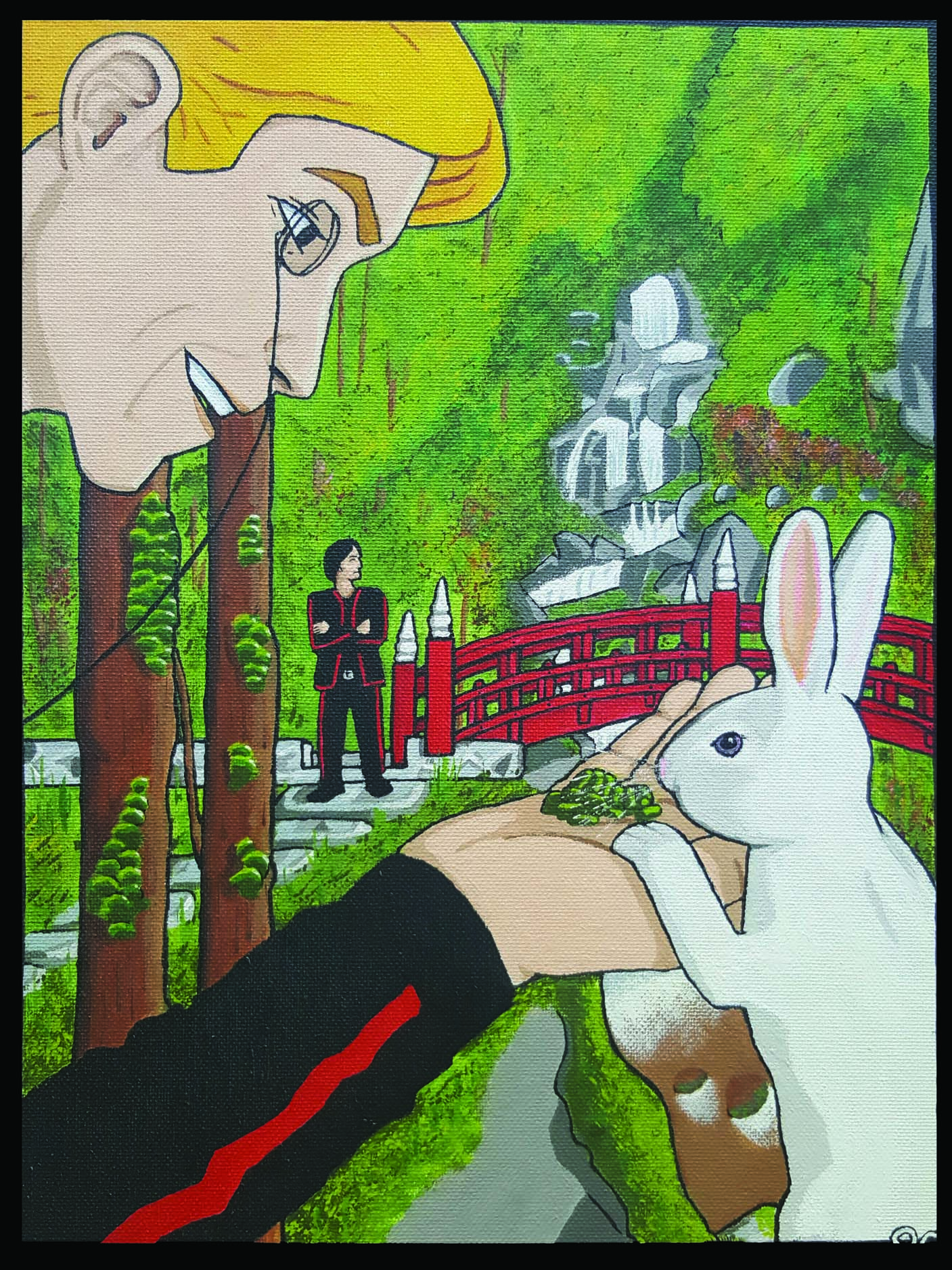 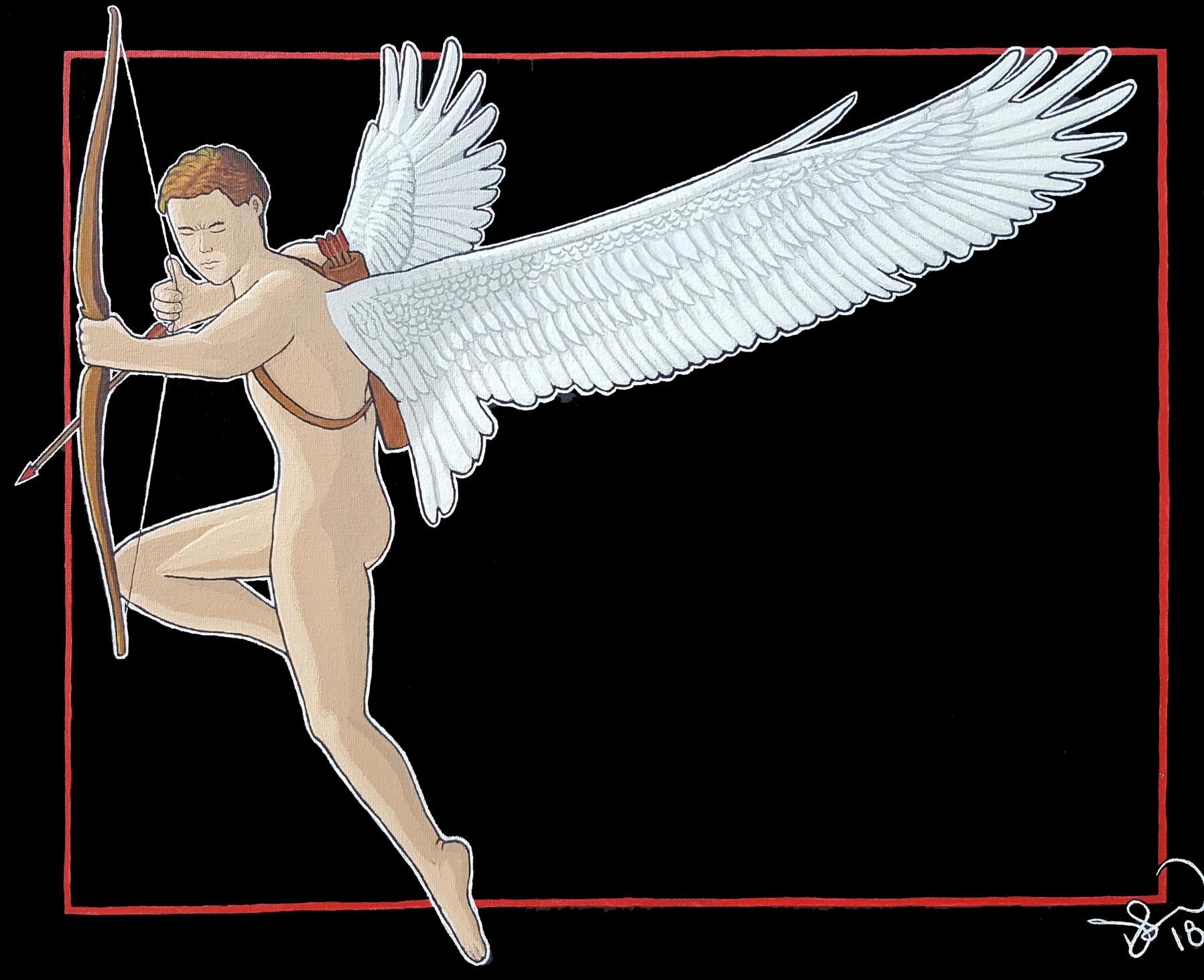 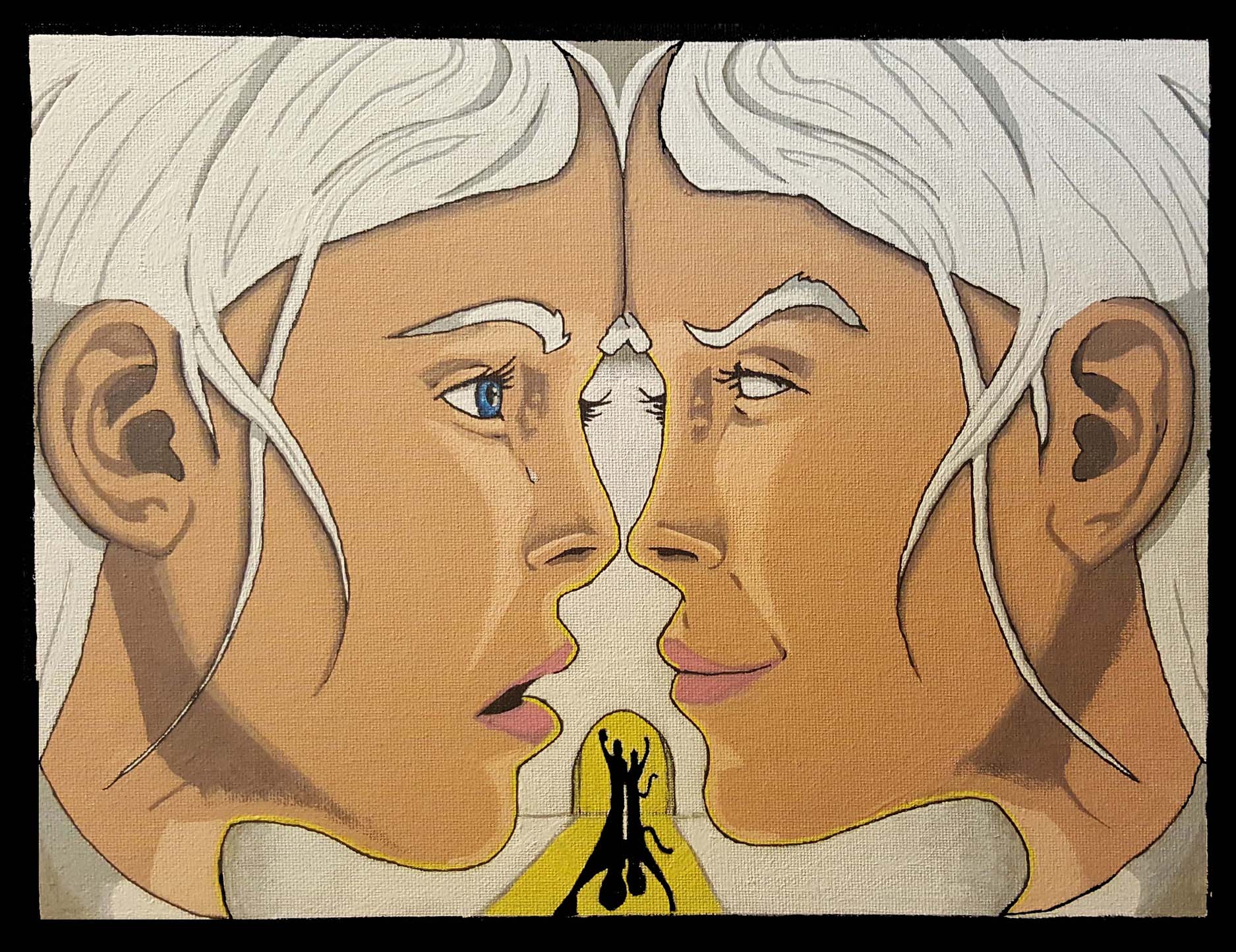 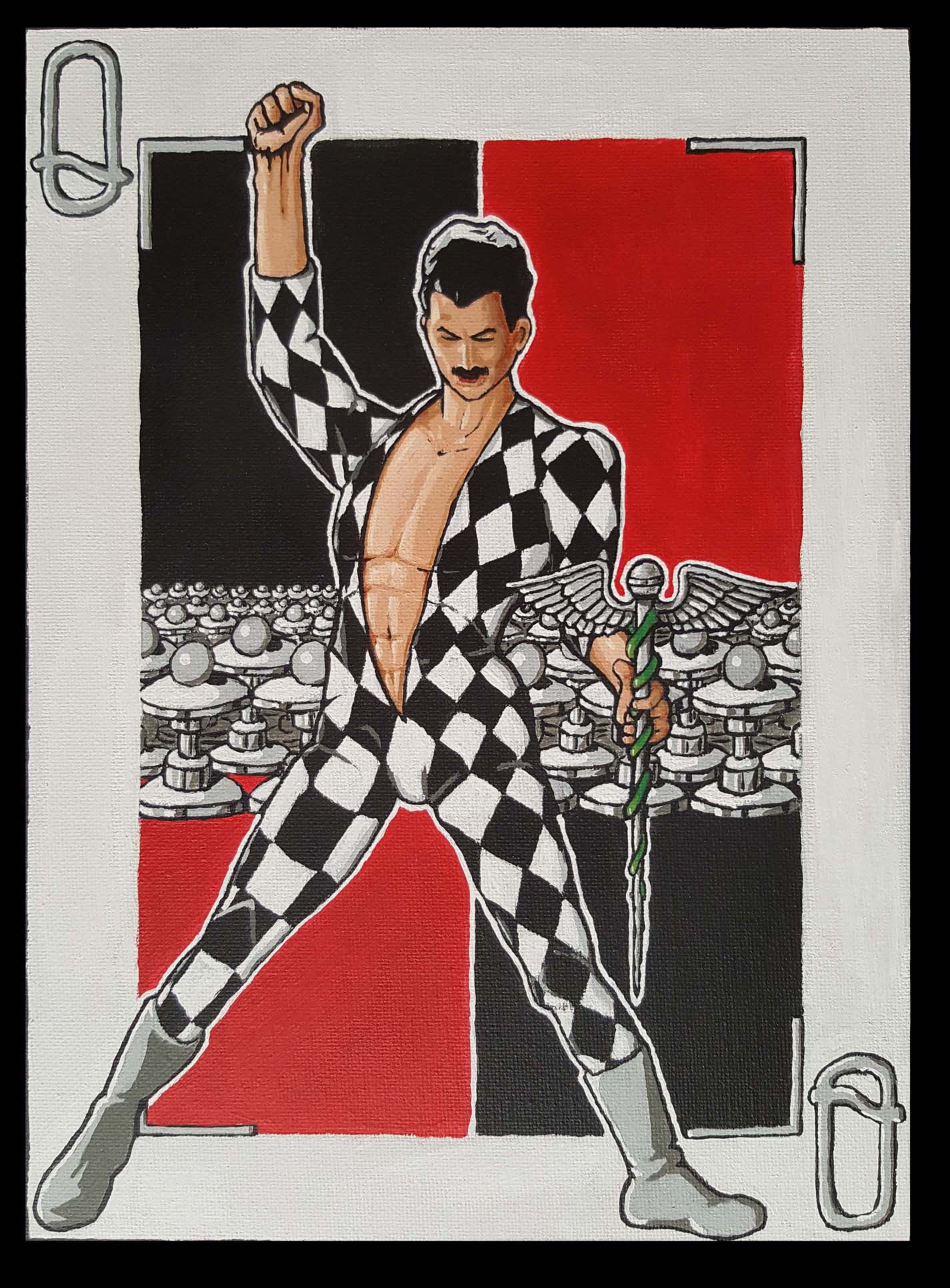 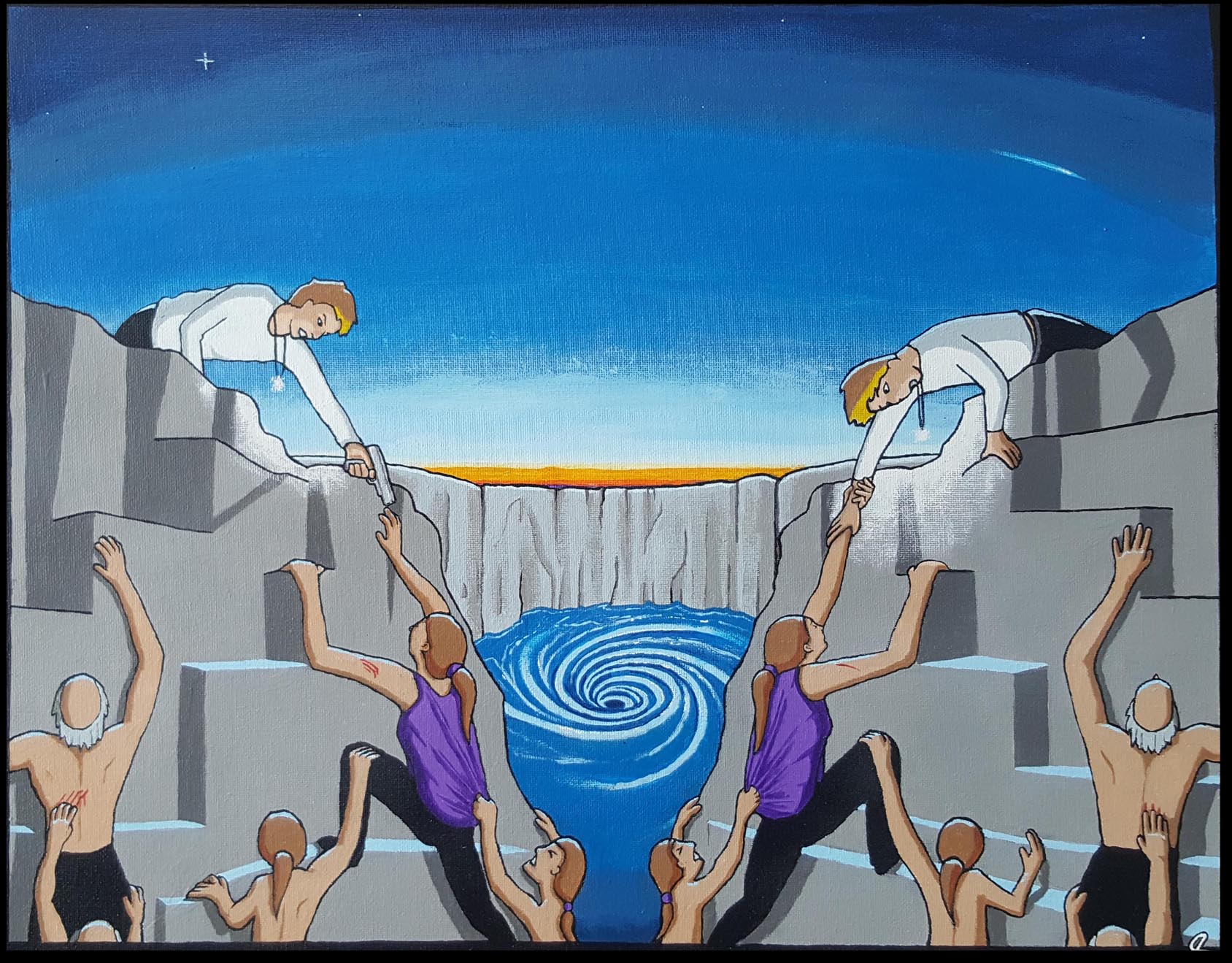 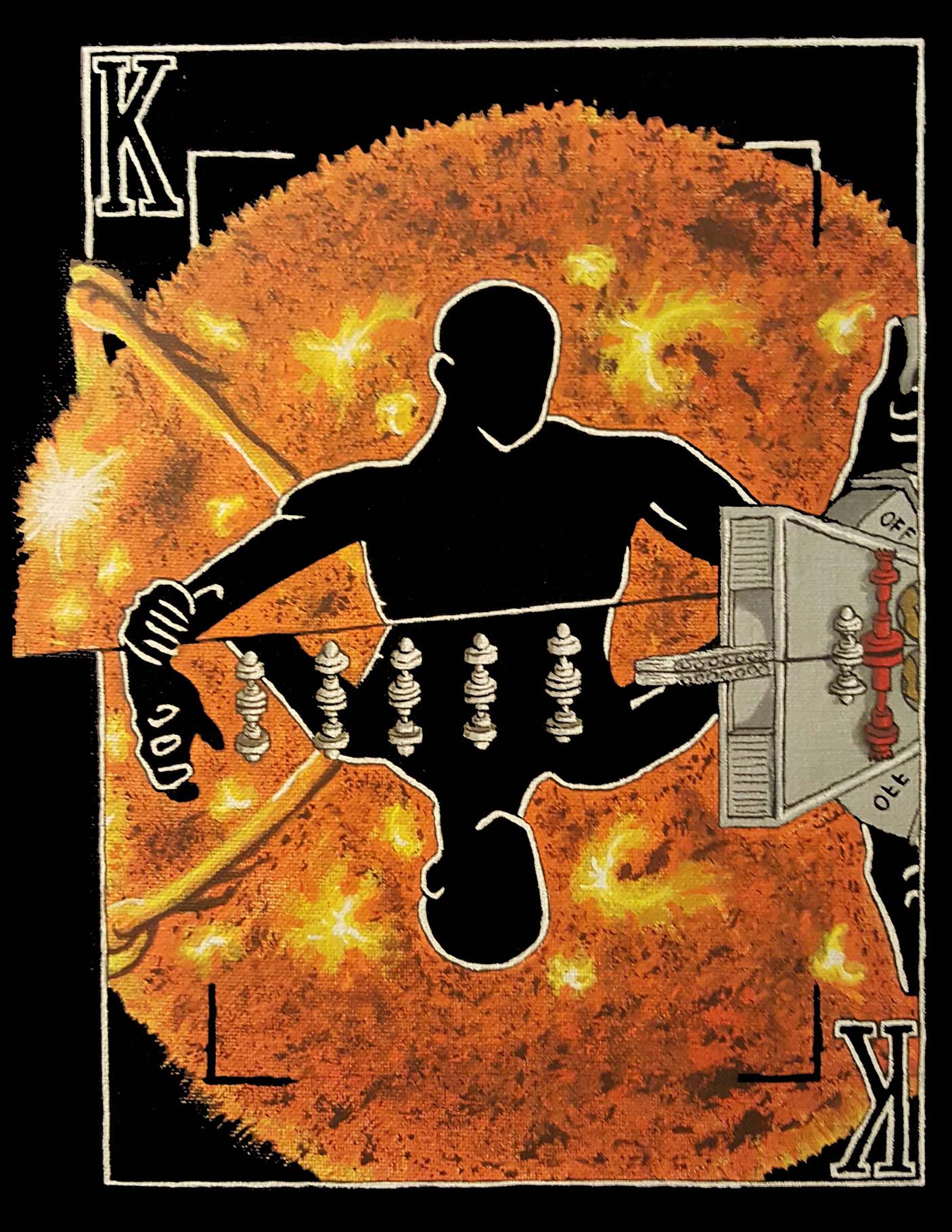 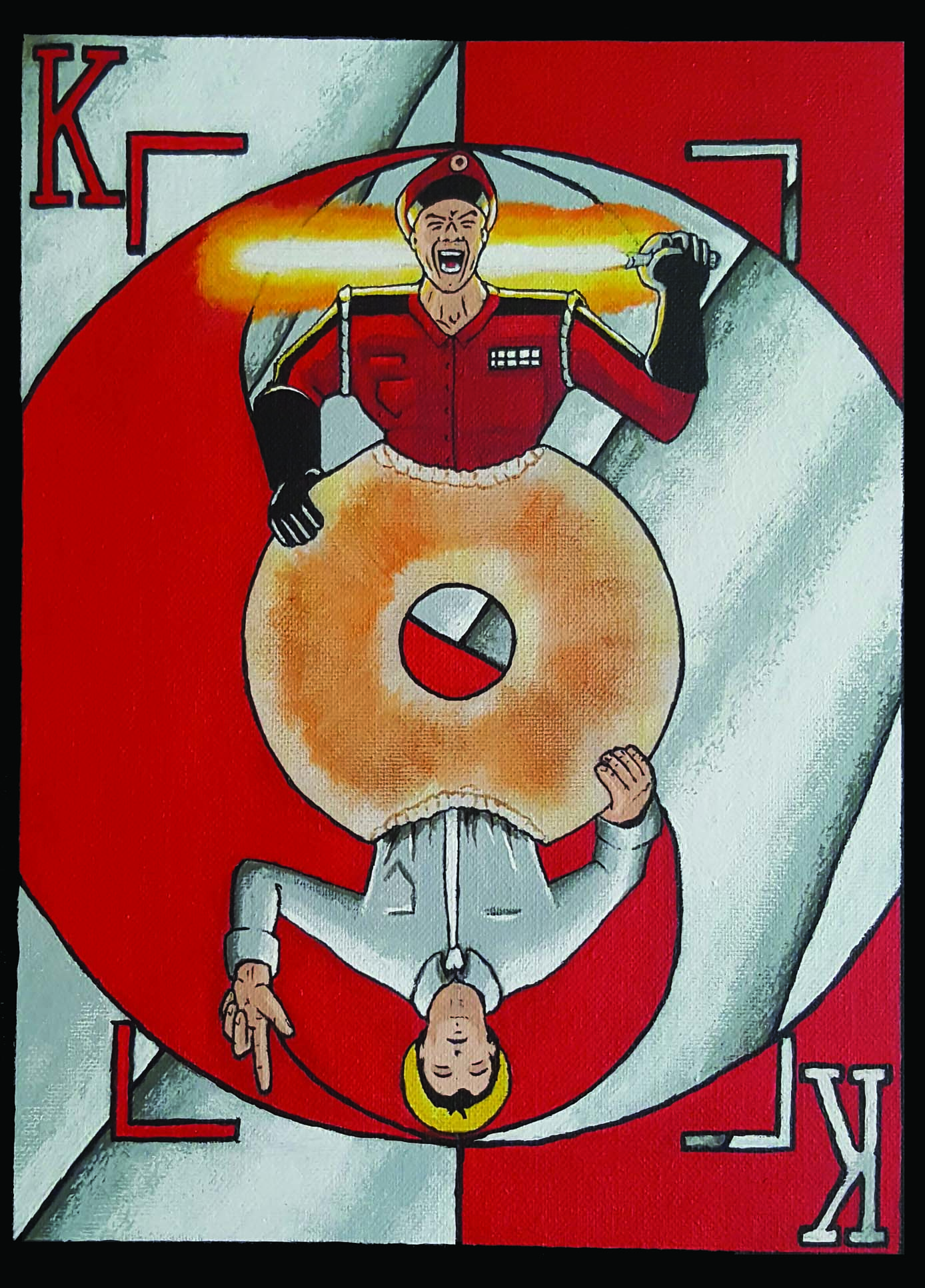 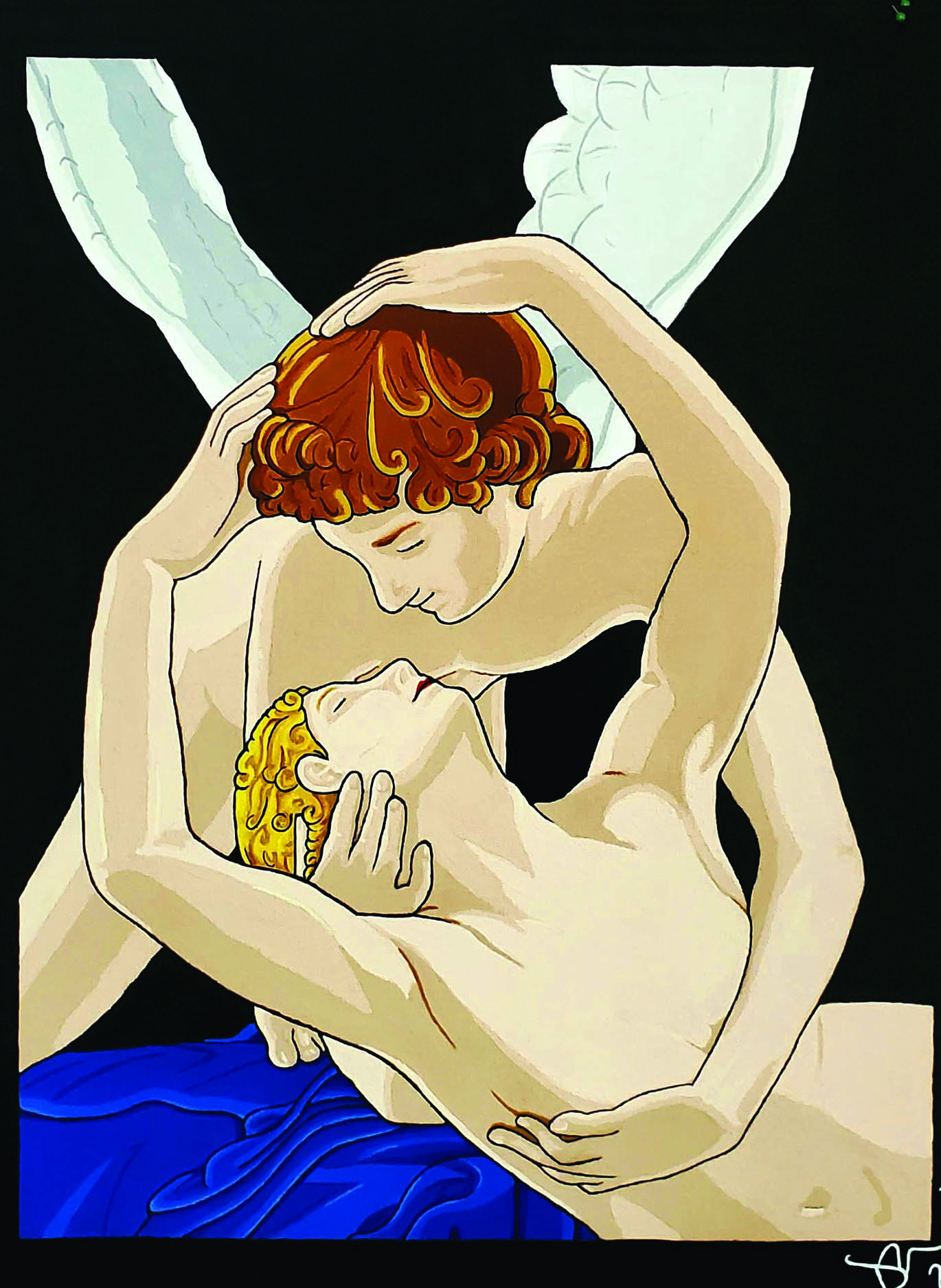 This is a piece of digital media I created for the drink 'Cuatro Bueno,' referenced in 'The Terrors of Wonder,' and 'Without Rest.' If we follow the literature, the first indication we have to it's aesthetic
comes from the logo of the company that produced it -
a company known as 'Axel Industries.'

The following is a passage from God, Man, and The Machine describing the building:

The Ace or Axel Industries Central (AIC) Building - the impossible ziggurat of Silverberg.
The Ace could be seen from a generous distance, standing nearly a mile high and half as wide.
Like a great, silver, isosceles mountain it often disappeared into the clouds.
On a clear day one could see that as  it culminated towards its apex, the gigantic building narrowed itself progressively,
betraying a considerable mesa far atop.

This is a passage from The Terrors of Wonder describing the building:

The Axel Industries Central (AIC) Building, or more colloquially known as ‘the Ace,’
could be seen from a generous distance, standing nearly a mile high and half as wide
(not including the flying butresses).  The ziggurat of Silverberg...on the day of its completion in 2038,
Silverberg announced  its independence.
This great, silver, isosceles mountain often disappears into the clouds.
On a clear day from a respectable distance,  however, one could see that as  it culminated towards its apex,
the gigantic building narrowed itself progressively, betraying a considerable mesa at its top.

I thought that I should make a picture of it, as that seemed easier that trying to accurately describe it.
I decided to paint it, so I put it on 3 pieces of canvas, each viewing from one side:

Below:  Looking at it from the West (or East) and looking to the East (or West) 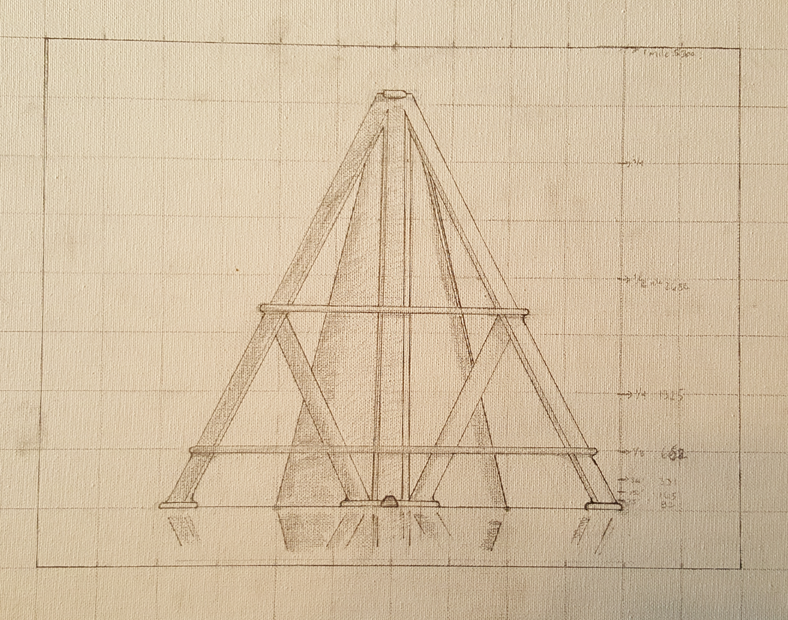 Below:  Looking from the North (or South), and looking toward the South (or North) 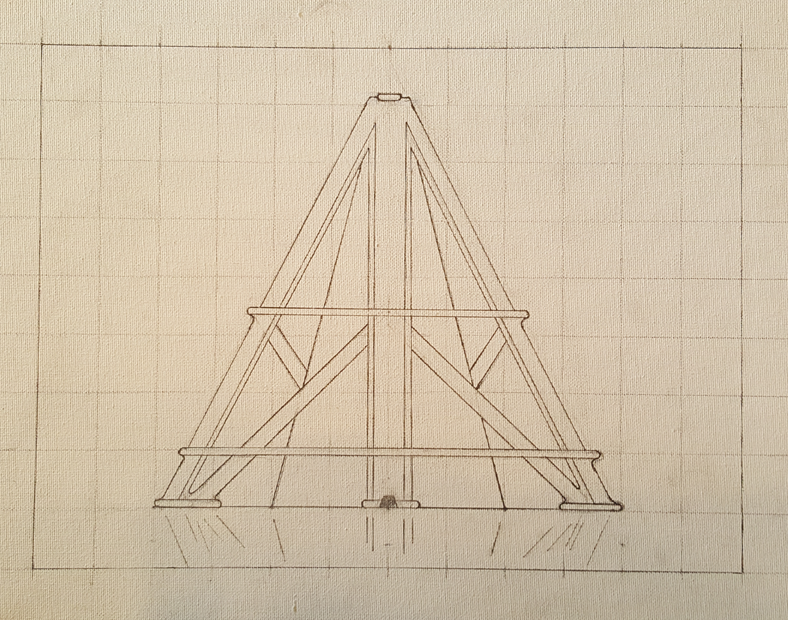 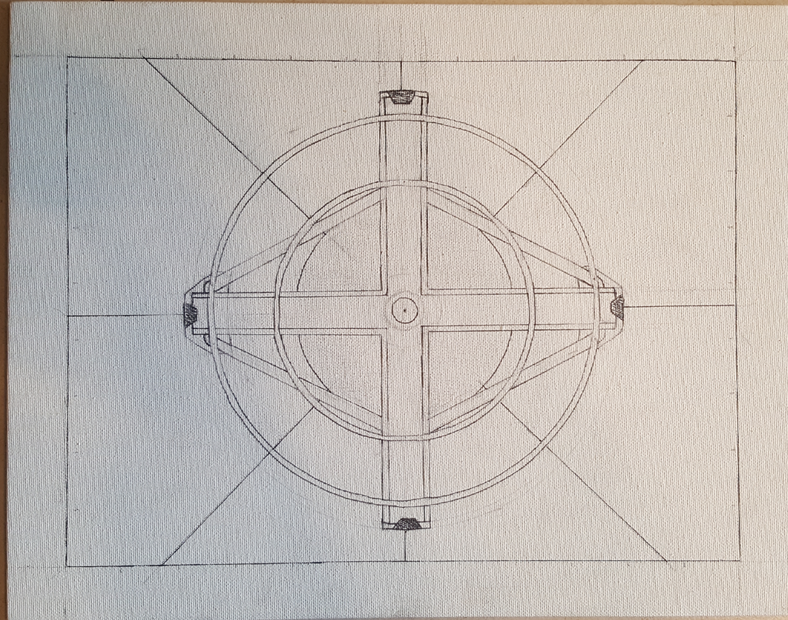 As the entire structure is mirrored, I realized I had no earthly idea as to how to shade it properly.
I therefore built a model so that I could finish the picture: 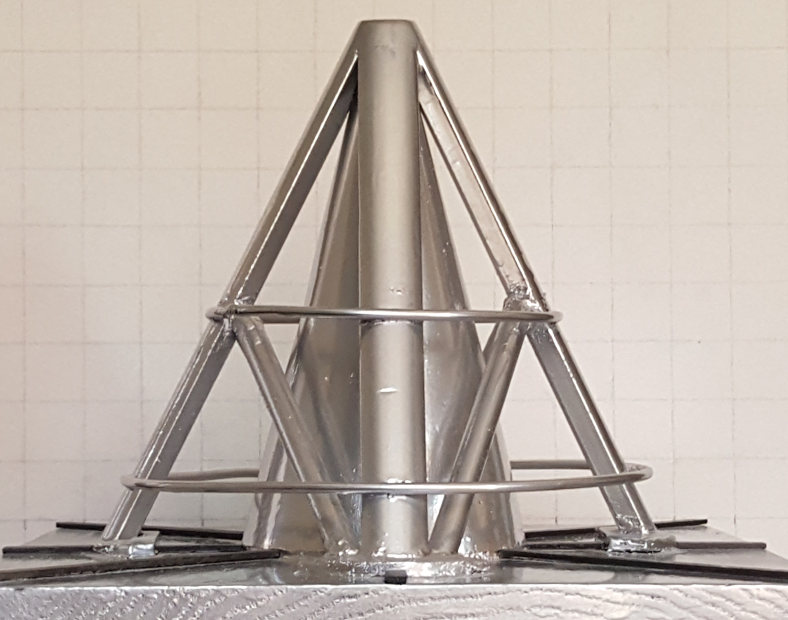 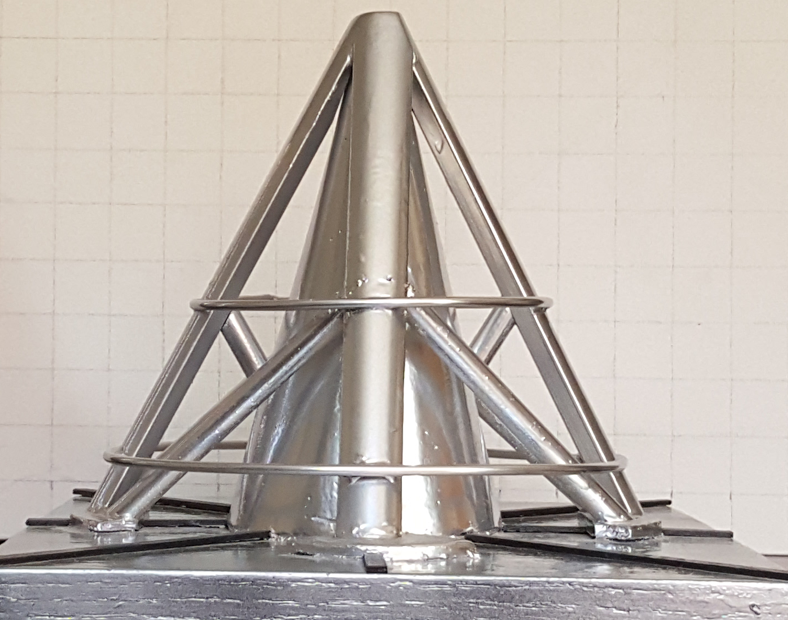 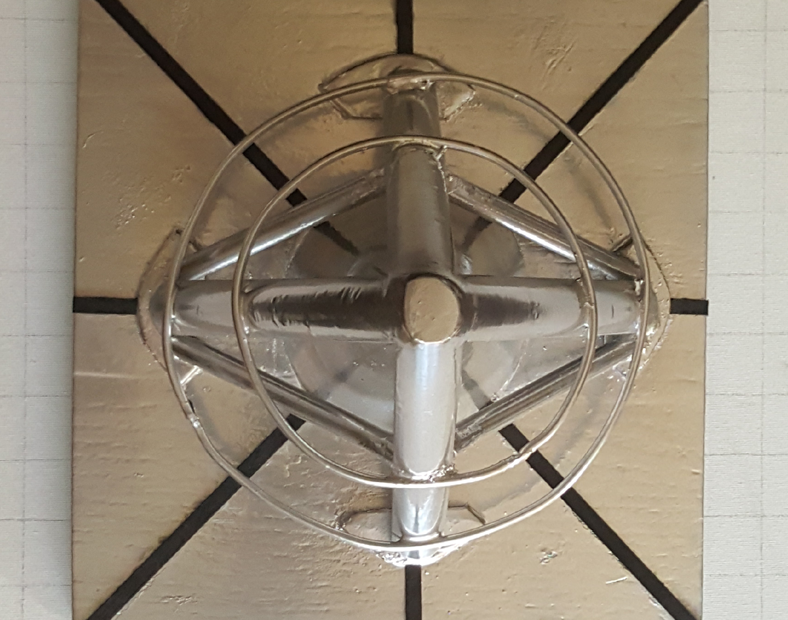 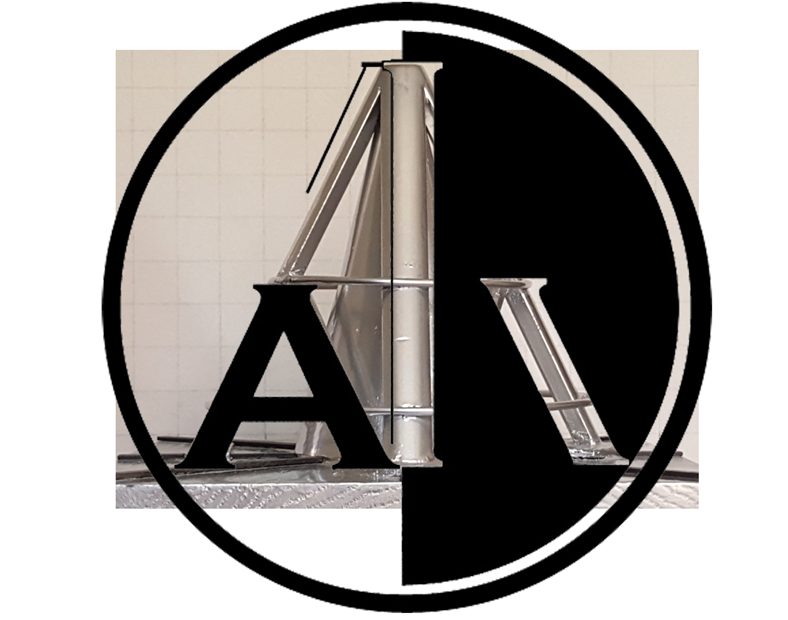 The mainframe is a 'computer' that I write about in
God, Man, and The Machine and The Terrors of Wonder.

When it was first created, it appeared as an icosahedron
(to wit: a twenty-sided prism where all the sides are equal).

These are my early attempts to create a model of the mainframe.
As it happens, trying to maintain consistent dihedral angles of
138.2 degrees is actually quite difficult.